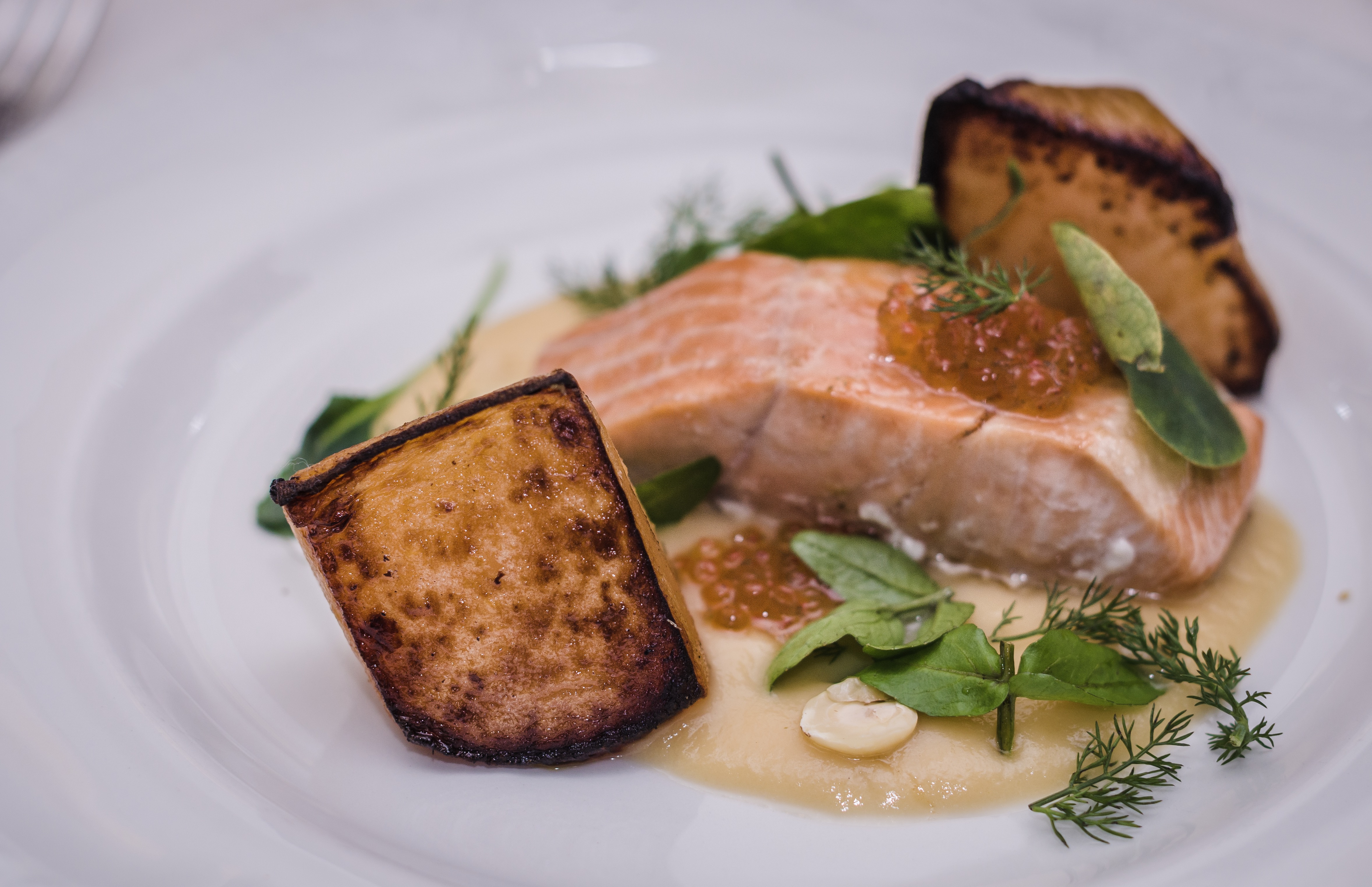 Many of my international colleagues like to joke about “Canadian cuisine”. Because apparently all we eat are Timbits, poutine, and maple syrup. So how fortunate we have restaurants like Deane House in Calgary to showcase some of the local and seasonal delicacies that Canada has to offer.

We had managed to stop by just in time for this year’s Food and Drink Expo menu. For a great price you get to sample a lot more of the menu and spoiler alert, it was fantastic both for my taste buds and my wallet. 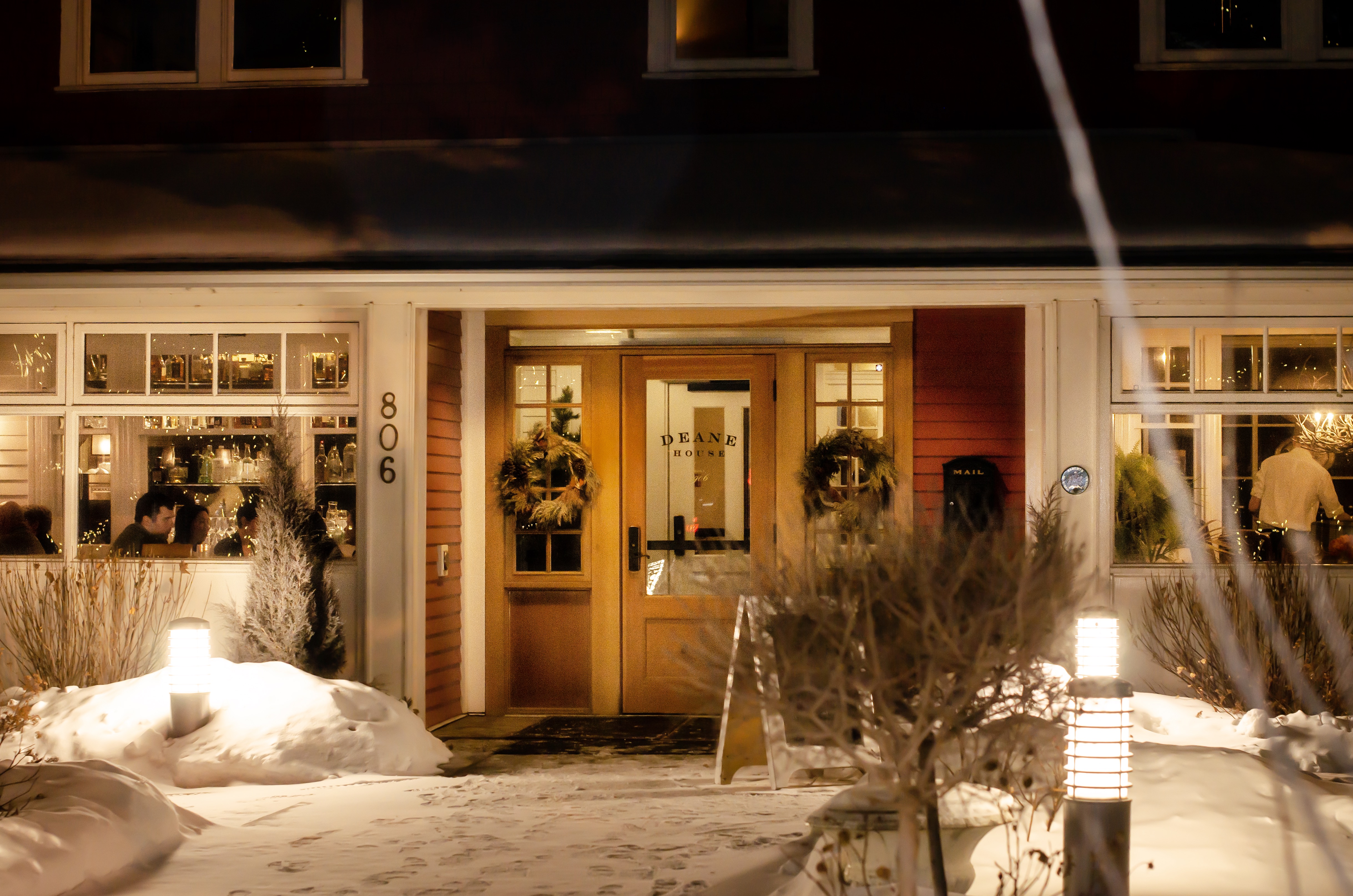 For those unaware, the Deane House has been around since 1906. So it’s got quite a bit of history and character behind the building. The interior is warm and homey, decorated with lights made of antlers and other knick knacks. I am told there are private rooms that can be booked as well.

I’m not sure at what point it transitioned into a restaurant. But enough about the building, let’s talk about the food. 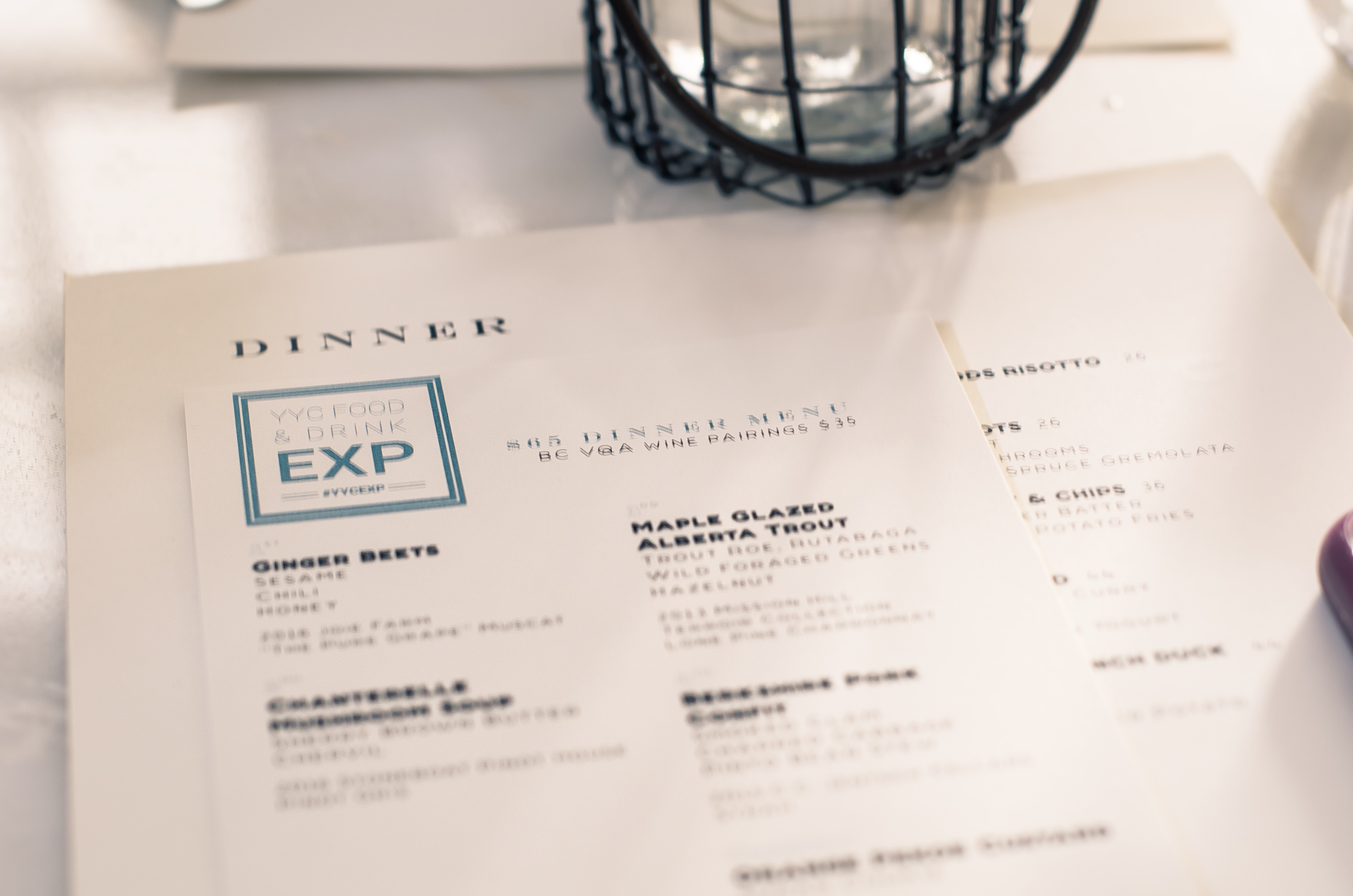 The menu was set. And unfortunately I was unable to try the wine pairing for each dish but I was assured that it was excellent.

First up was ginger beets. 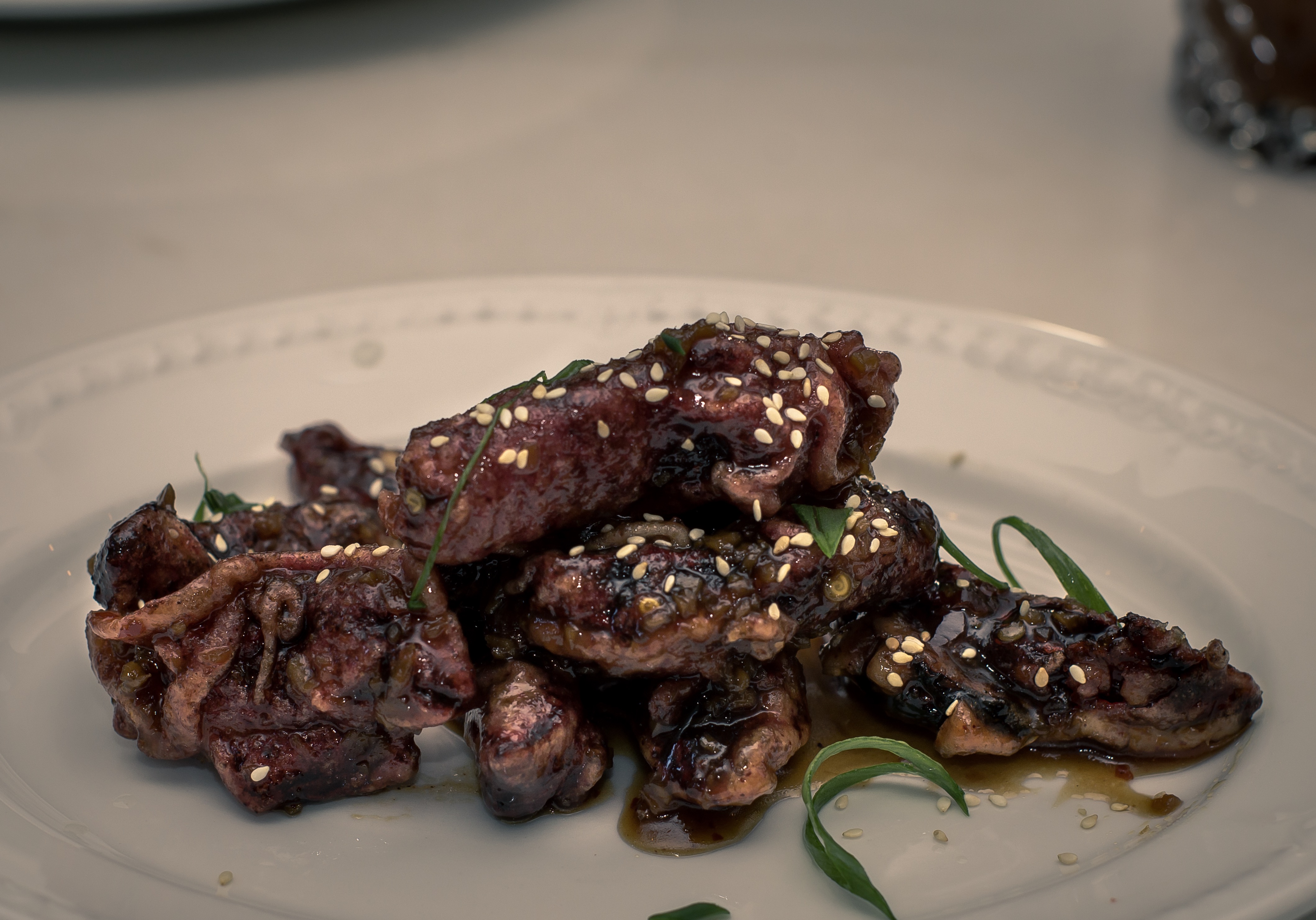 Don’t worry, you read that correctly. Yes, beets, not beef.

Directly inspired by the ginger beef from the Silver Dragon restaurant Deane House sought to replicate the spareribs without using meat.

And if you are anything like me, looking at them you would be completely fooled. There are dark chunks that resemble where the bone in ginger beef would be and the sauce is dark and thick like you would expect.

The beets are candied, and the spices are plentiful. Allowing the dish to closely resemble the all too familiar sauce while also making the beets very hearty and almost meaty.

While we were waiting for our next dish, a plate of sourdough bread came. 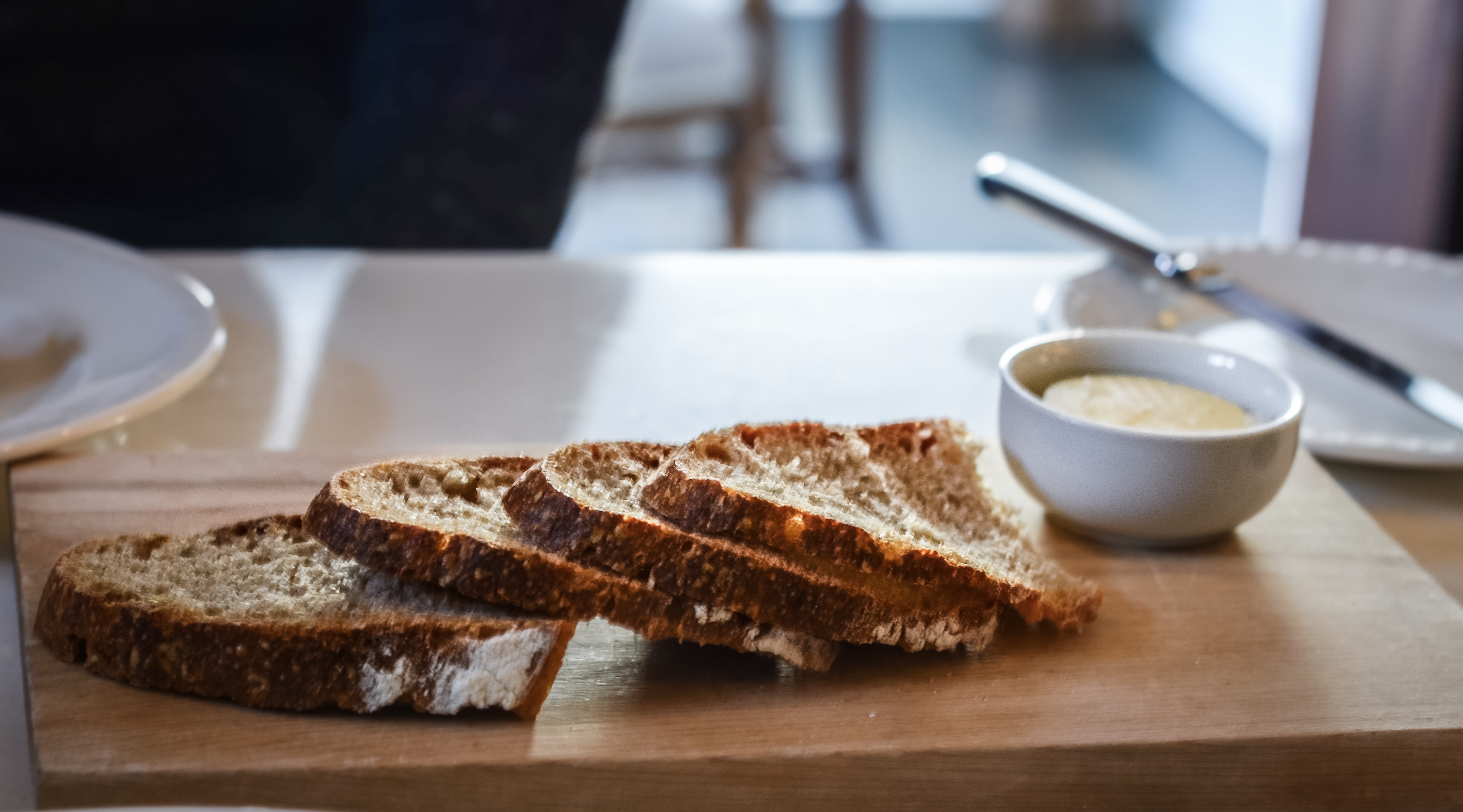 Now someone out there is going to be like, “This is just bread. What’s so special about it?” For starters, it’s made in house. Meaning this bread took 36 hours to make. There’s a reason why I keep seeing recommendations online NOT to make sourdough bread at home because it takes forever. So kudos to Deane House for going the extra mile.

And of course the cultured butter is made in house too.

I probably should have saved some of the bread for the mushroom soup coming up. But the butter was too good. 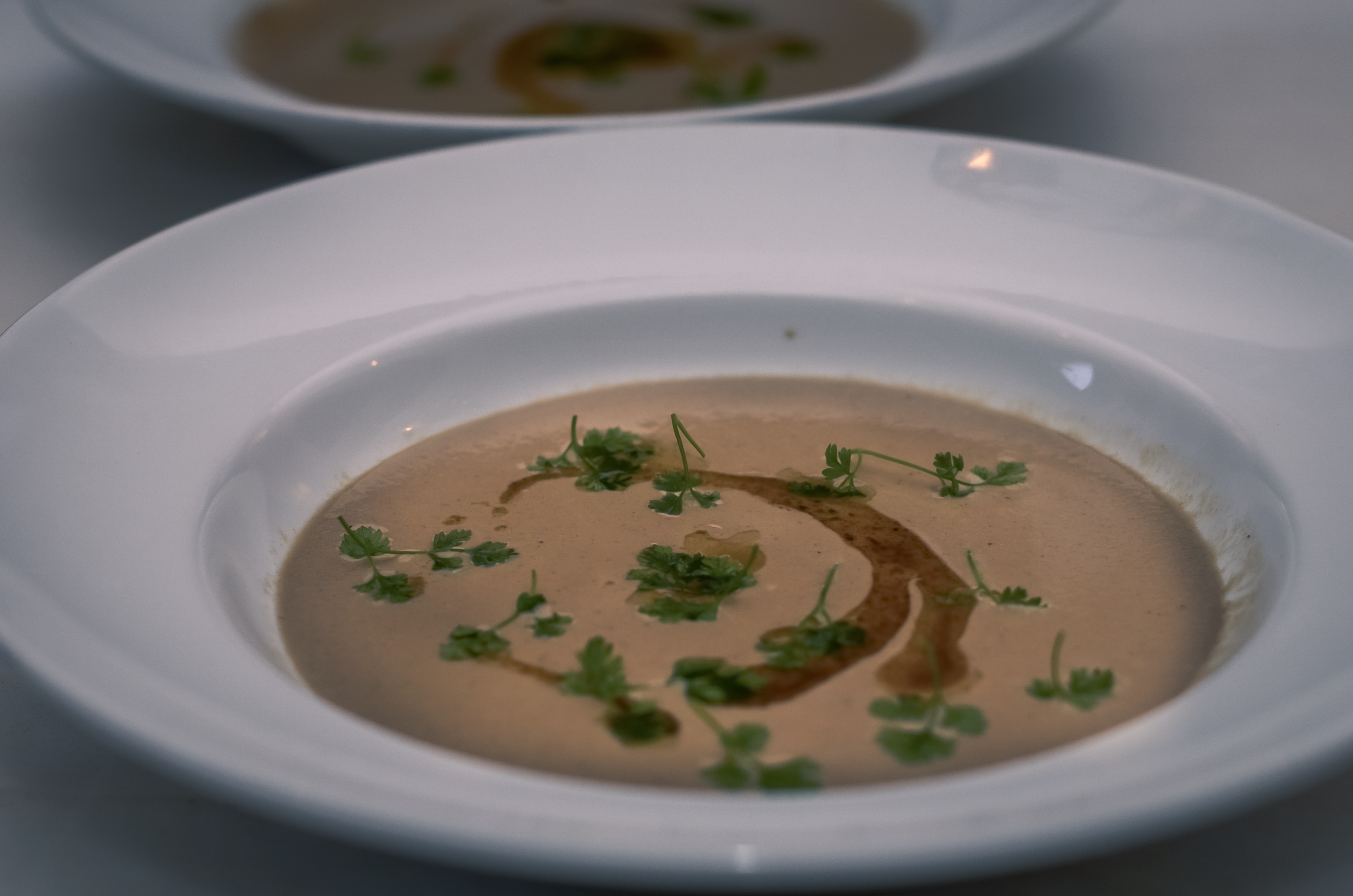 Our server tells us how the mushrooms are harvested from Saskatchewan. Technically they’re our neighbors so is it really regional? But I’ll let it slide because the soup was that good.

Hearty, creamy, and sumptuous it is everything you want in a mushroom soup. You can taste the mushrooms and the chervil and vinegar stops the soup from becoming too rich. A complete farcry from the watery sludge you get from a can.

The next dish is much more local. Alberta trout with rutabagas.

If you can’t tell from the picture, the trout was very moist. It also gave me further reason to invest in a sous vide machine because that’s what this piece of fish went through before being grilled.

Everything in this plate worked well together. Whether it was the trout roe garnish, or the rutabaga puree that the trout sat in. No complaints about the rutabagas themselves either as they were basically meatier potatoes.

And you can’t just have a single meat dish at dinner, no, we’re going all out tonight. 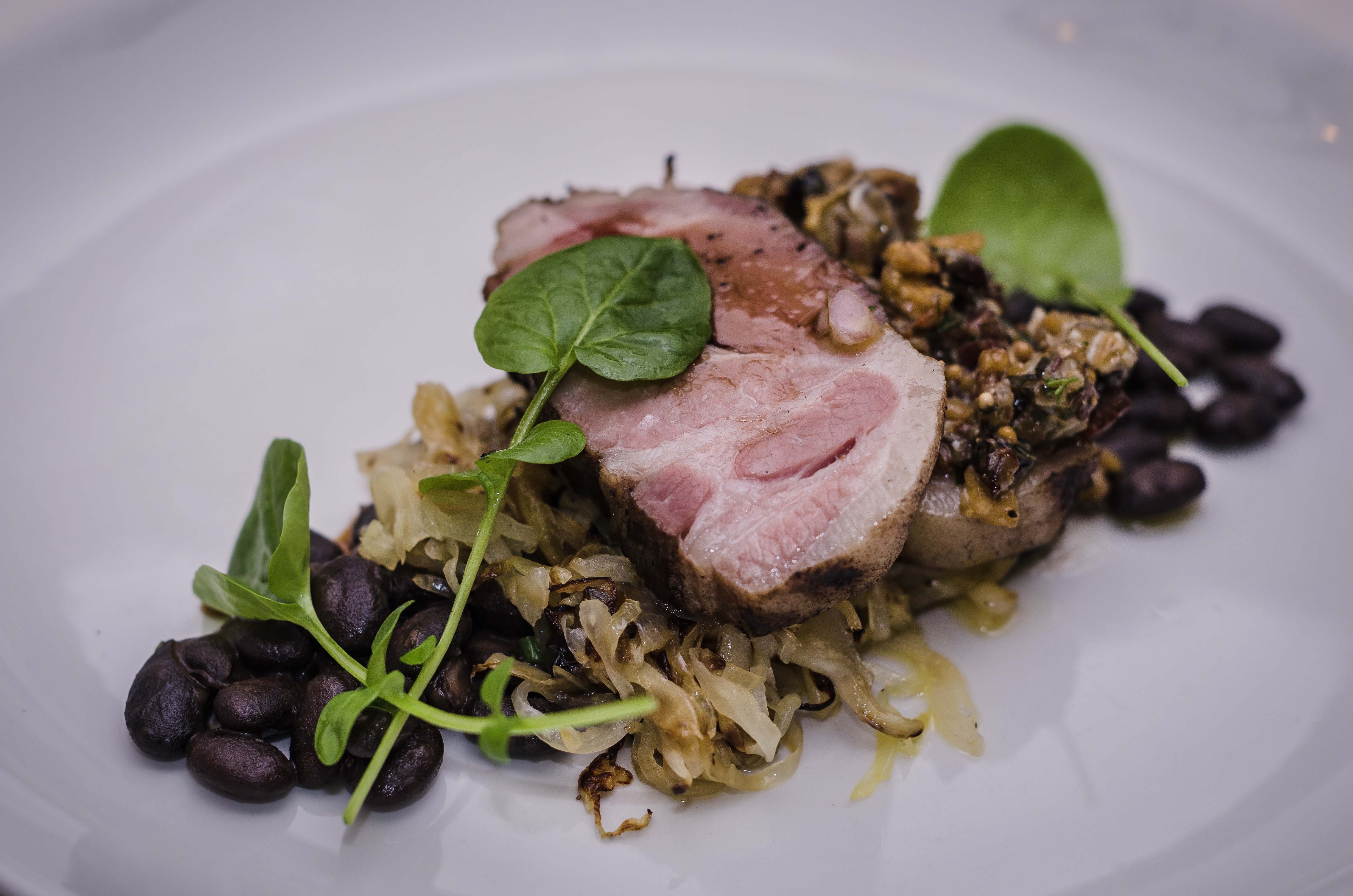 Confit pork with clams. Not exactly a combination I’d ever thought I’d be eating but here we are.

The pork is juicy and tender but the bed of pickled cabbage was a bit overpowering on its own. My recommendation would be to try and get a bit of everything with each bite. Pork, clams, cabbage, and beans.

Finally dessert, an orange pekoe custard and jelly with a sugar cookie. 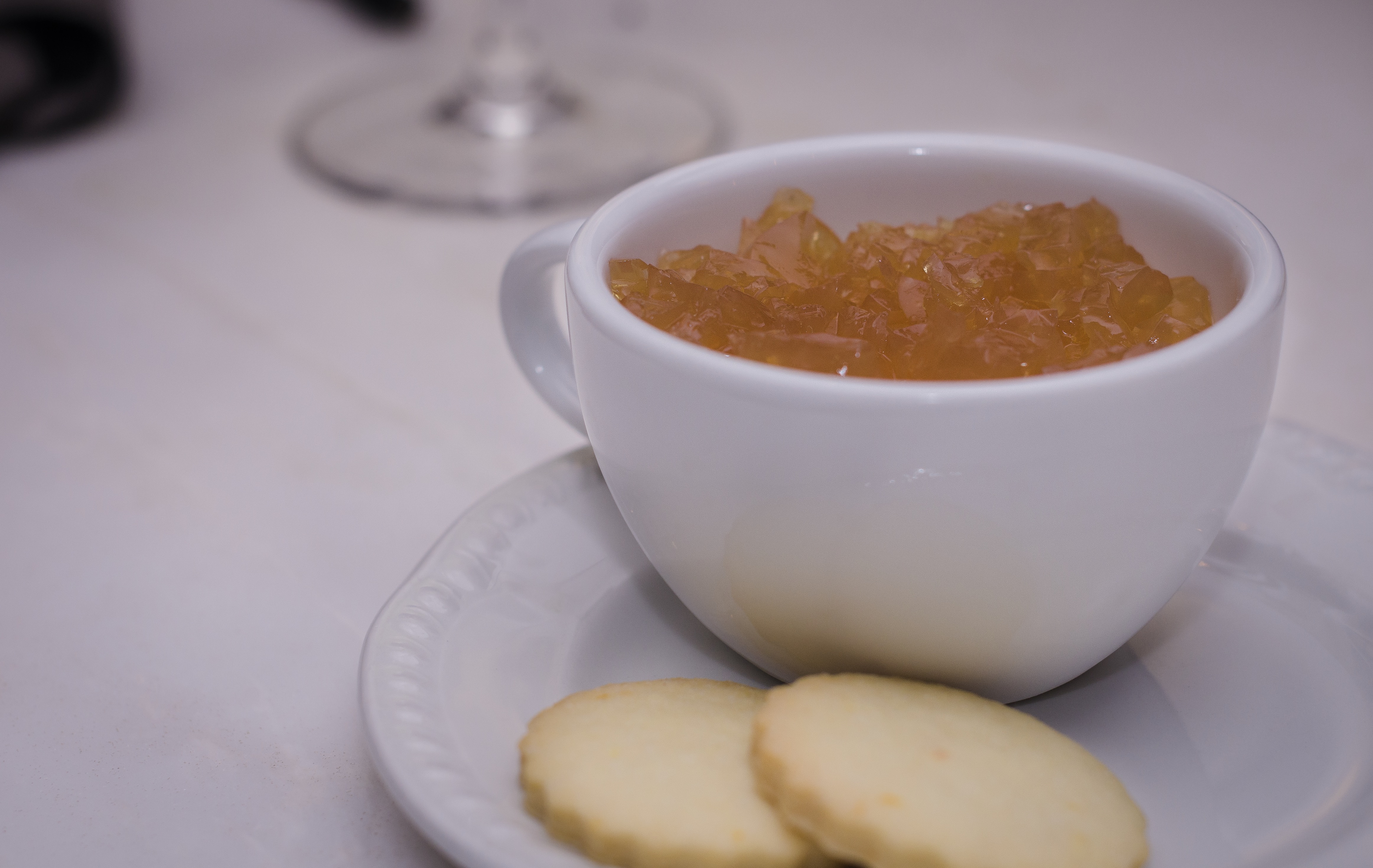 A satisfying end to dinner. The custard is just right, being not too sweet but still rich enough to be delicious.

For those of you who managed to get the wine pairing, let it be known that I am very jealous. For everyone else who may not been able to try their Food and Drink Expo menu worry not, most of these were still available on the regular menu.

But that’s the thing about seasonal menus. They change. So if you want to try some Canadian food that isn’t from Tim Horton’s, Deane House ranks high on my list of places to go.