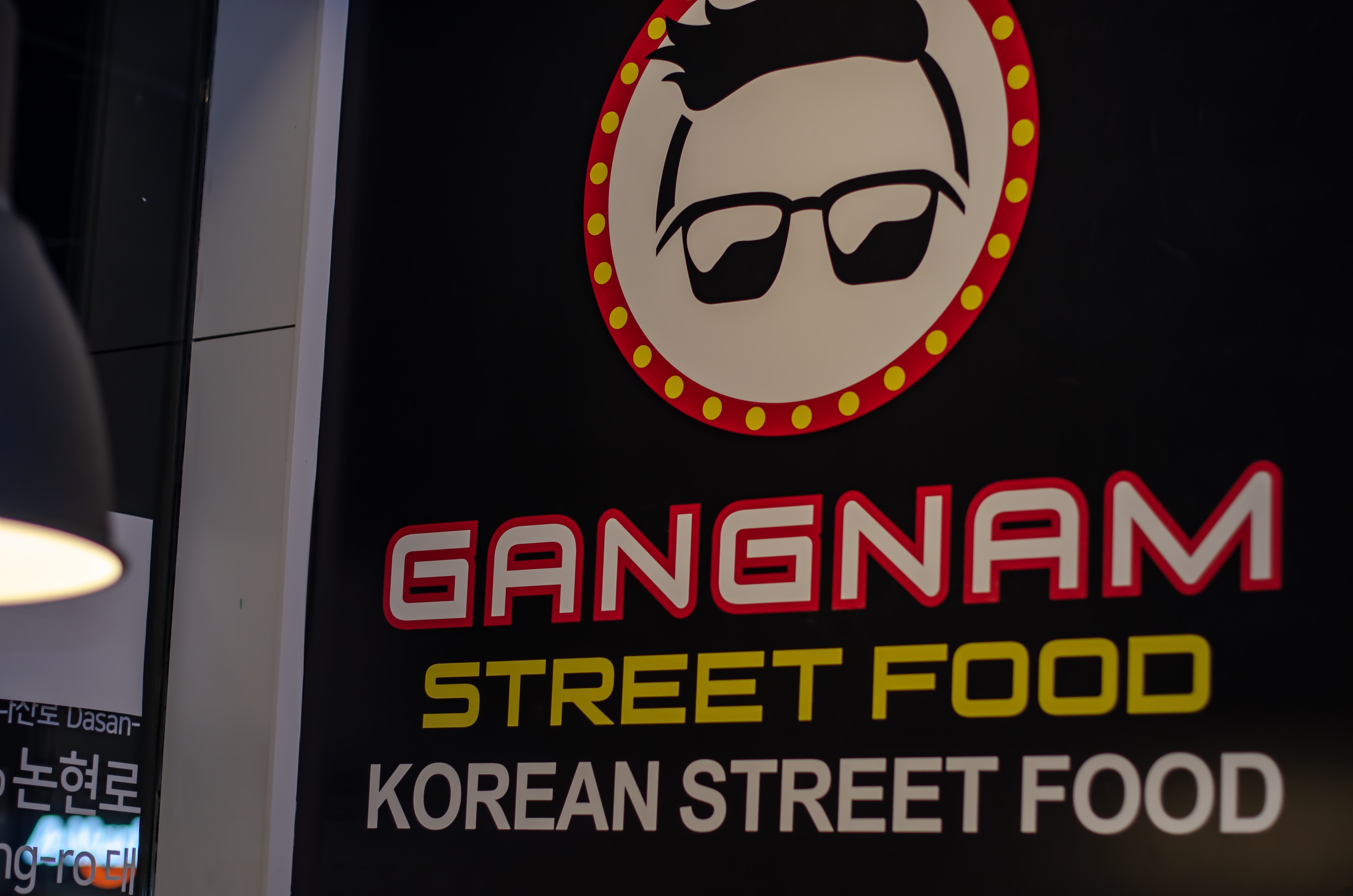 Street food is a difficult thing to consistently get in Edmonton. Possibly because half the time our city is literally frozen and it hurts to go outside. Fortunately Gangnam Street is now a restaurant that exists, allowing us to enjoy authentic Korean street food without having to brave the cold.

Or fly all the way to Korea. That part is also nice. 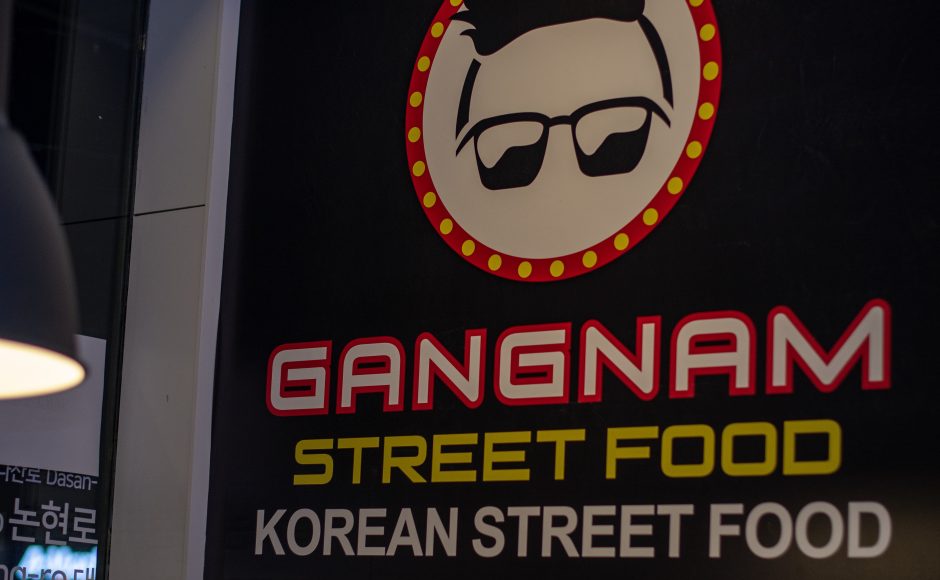 The signage should look familiar to anyone with a passing interest in pop music or memes. Even if it hasn’t been relevant since 2012.

And of course, they had these inside, but I was far too shy to pose with any of them. 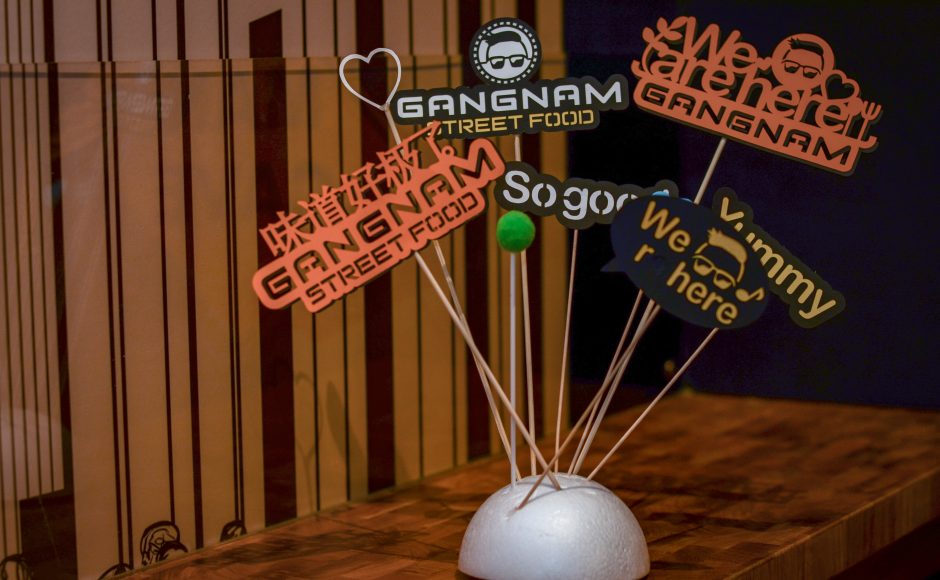 Also on display were a number of snacks, drinks, and other food items. I’m pretty sure they aren’t just for display though and when they’re officially open should be available for purchase.

In the meantime, they were neatly arranged. Ready for future customers. 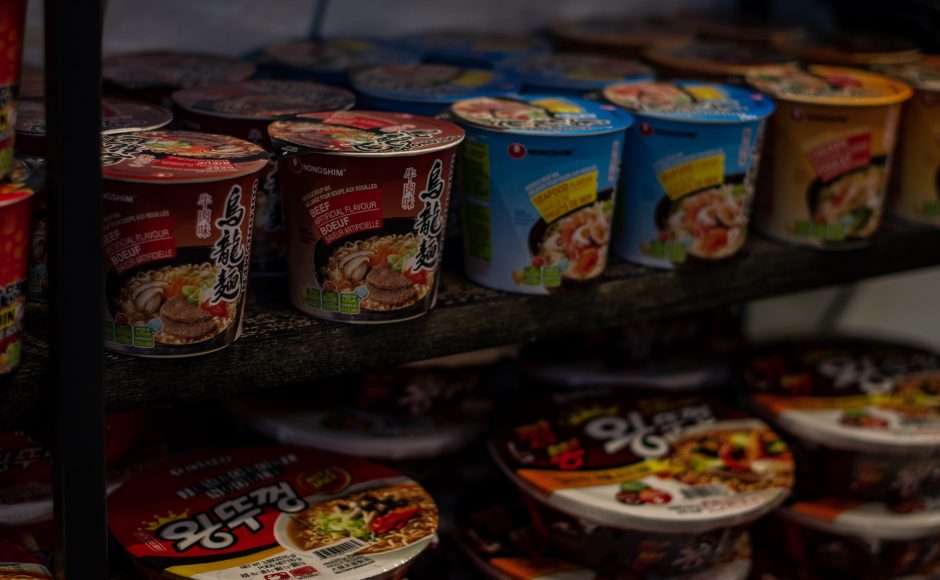 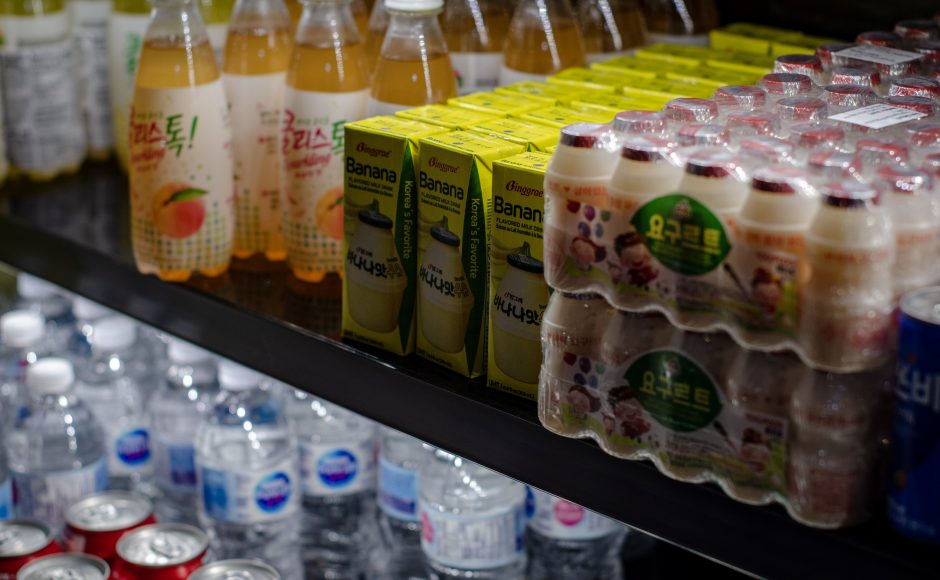 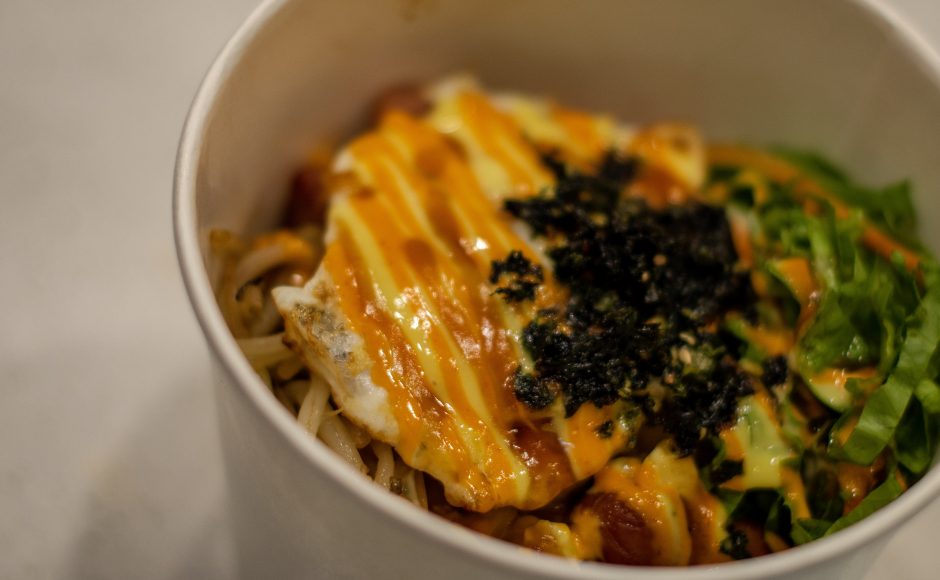 As with traditional bibimbap you have the egg, rice, and assorted vegetables like bean sprouts. But in keeping with the street food, and perhaps snack theme, our meat component included spam and sausages.

And the snack variation is still quite filling so don’t hesitate to order if if you’re feeling hungry.

Next we were served some of their fried chicken. 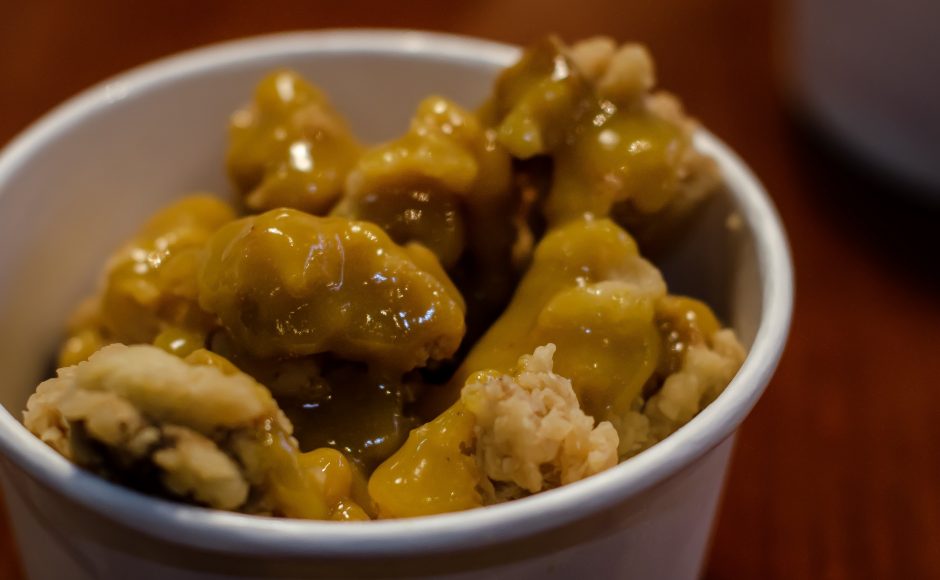 I don’t really have anything to say other than it was good. Can’t really go wrong with freshly fried and breaded chicken smothered in honey mustard.

So let’s talk about the star of our evening; the hot dog. 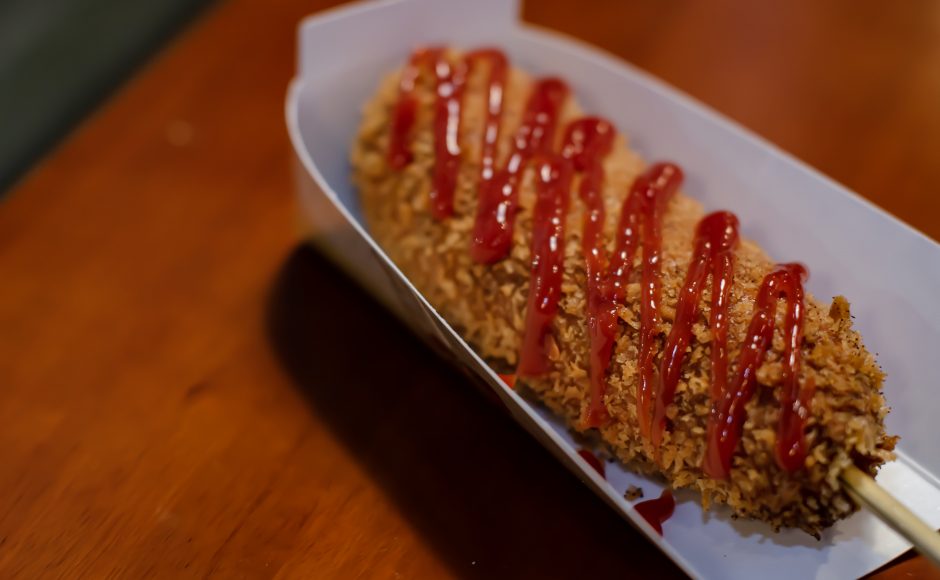 I know it may not look impressive. Just a standard breaded hotdog with some ketchup.

But then you bite in and it’s filled with fresh melty, gooey cheese and that changes everything. 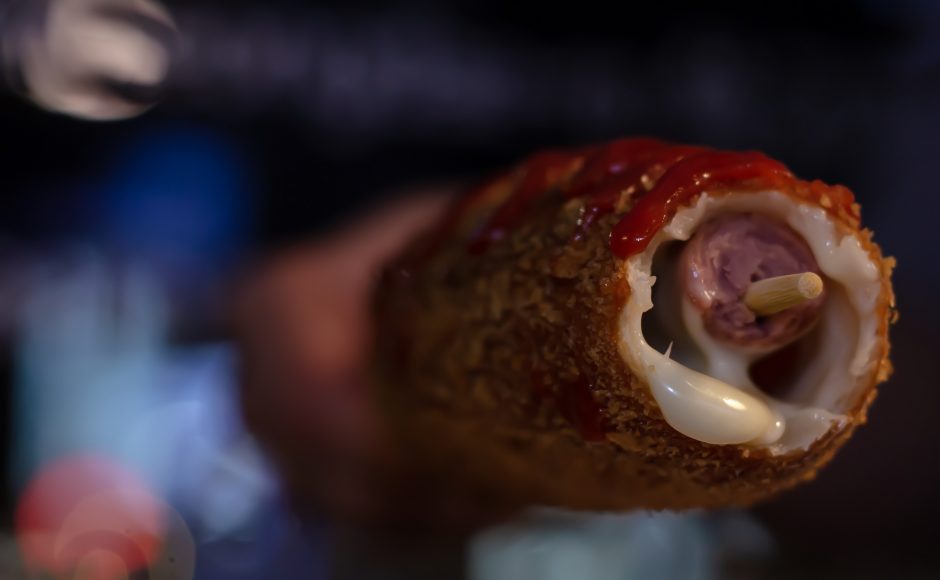 How did I know it was real cheese? Because I’m lactose intolerant and I didn’t take any lactose medication prior to consumption.

My mouth was in heaven but I can assure you that my stomach later the next day was not happy. 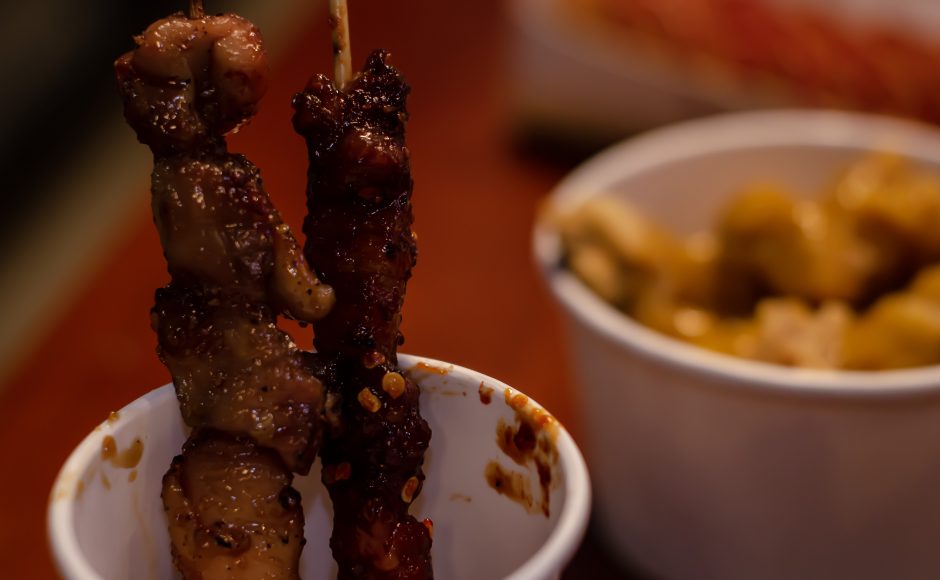 I personally preferred the pork belly, which had a nice balance between fat and meat. But for those wanting healthier options there is always chicken.

The owner came by to let us know that these were the only meats available for the soft opening. But reassured us that when the restaurant was fully opened that there would be additional options.

Oh, and we were also able to sample some of the drinks. Turns out, that they weren’t just for display. 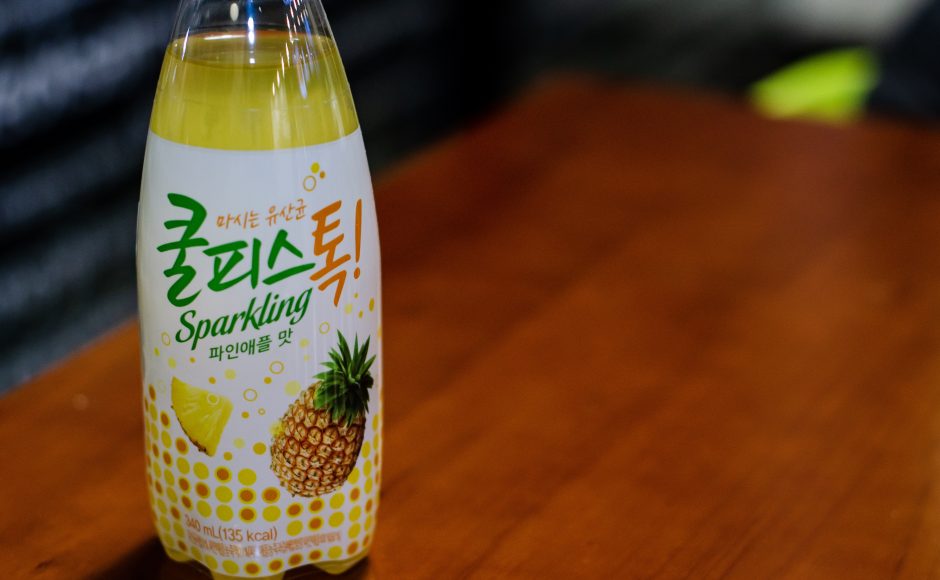 And I assure you that they were very much needed. The next sampling was of rice cakes. Which sounds innocuous on its own.

Except that it was covered in a very, very spicy sauce. 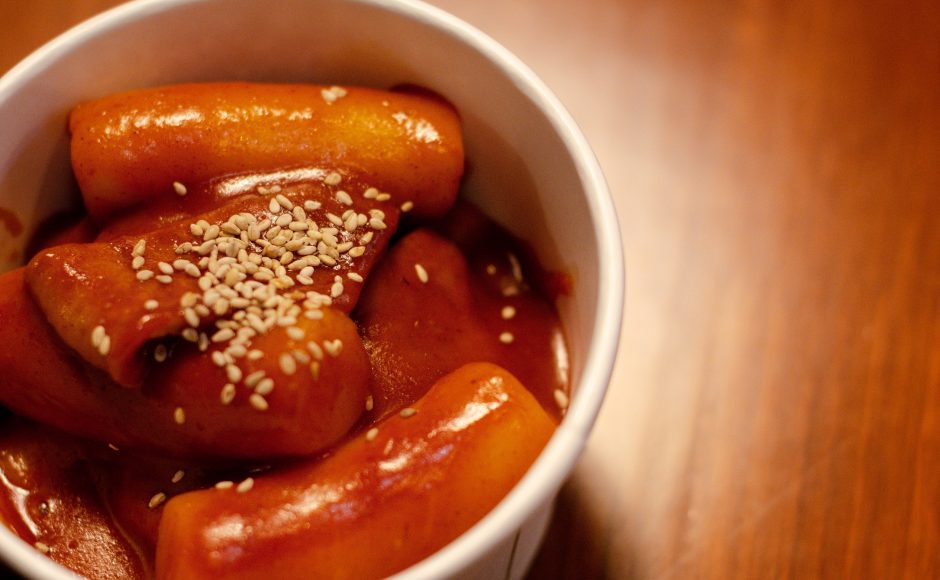 I took half a bite and gave up because I was literally downing the bottle of Korean soda afterwards.

Gangnam Street was kind enough to let me pack it up. And my partner at home was more than happy to finish it for me.

Every soft opening needs a sweet end, and this was no exception. Our tasting ends with a sweet Korean pancake. 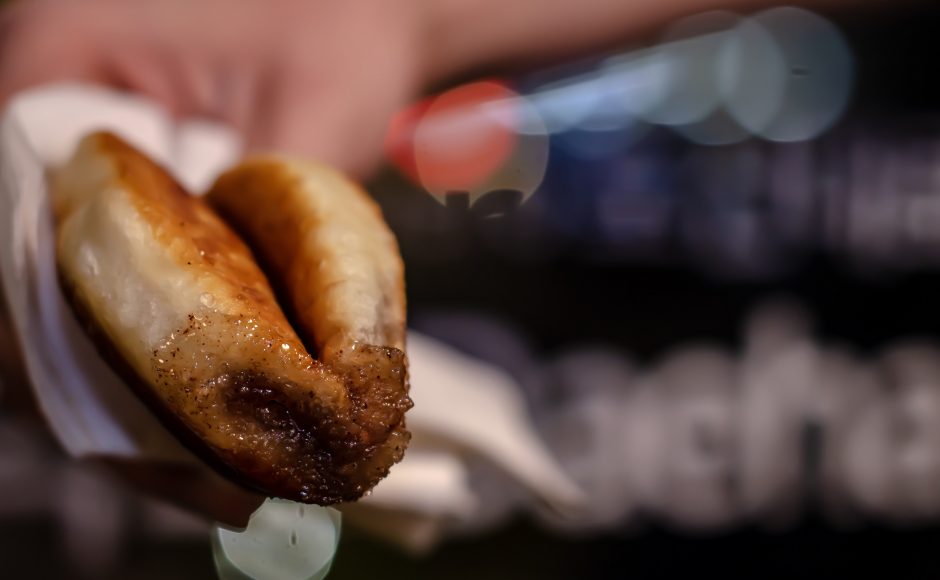 I’ve never understood how they can concoct these. All my attempts at home result in half cooked, doughy messes where all the sugary filling spills everywhere.

But these are a treat. And certain to satisfy anyone’s sweet tooth.

Oh, and all good endings need an encore. Gangnam Street is owned by the same people who manage the Japanese/Korean A-Mart grocery store nearby. And we were gifted an entire box of sweet Korean pears. 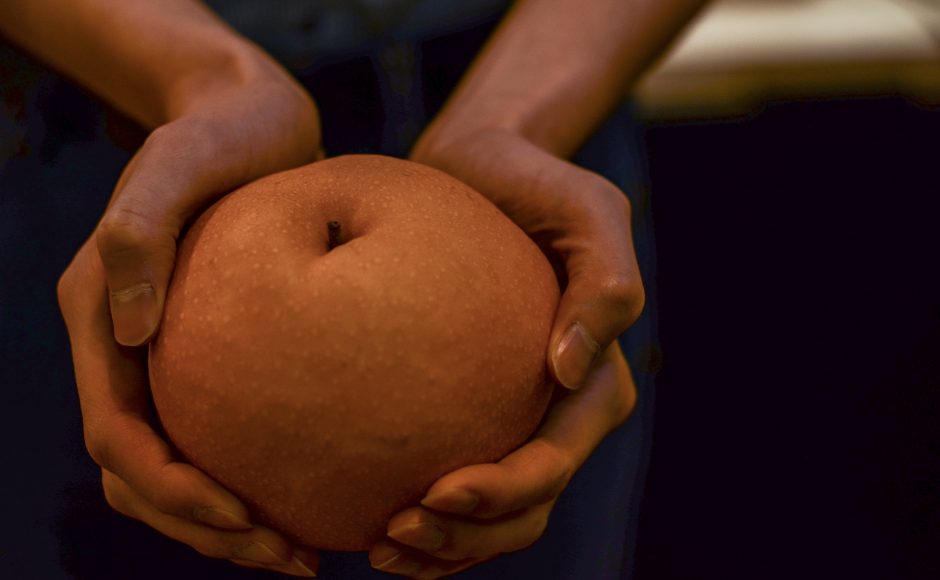 For reference, I’m over 6 feet tall. So I assure you that I have very large hands. And that is a very large pear.

Unfortunately, they don’t have the pears for sale in the restaurant. You’d have to cross the parking lot for them. But it didn’t seem right to not show something so deliciously sweet and refreshing.

So drop by if you’re in the area. You’re in for a treat. And the owners assured me that this was just a fraction of what they wanted to include in the menu.

I’m excited to see what they’ll have to offer in the upcoming months.