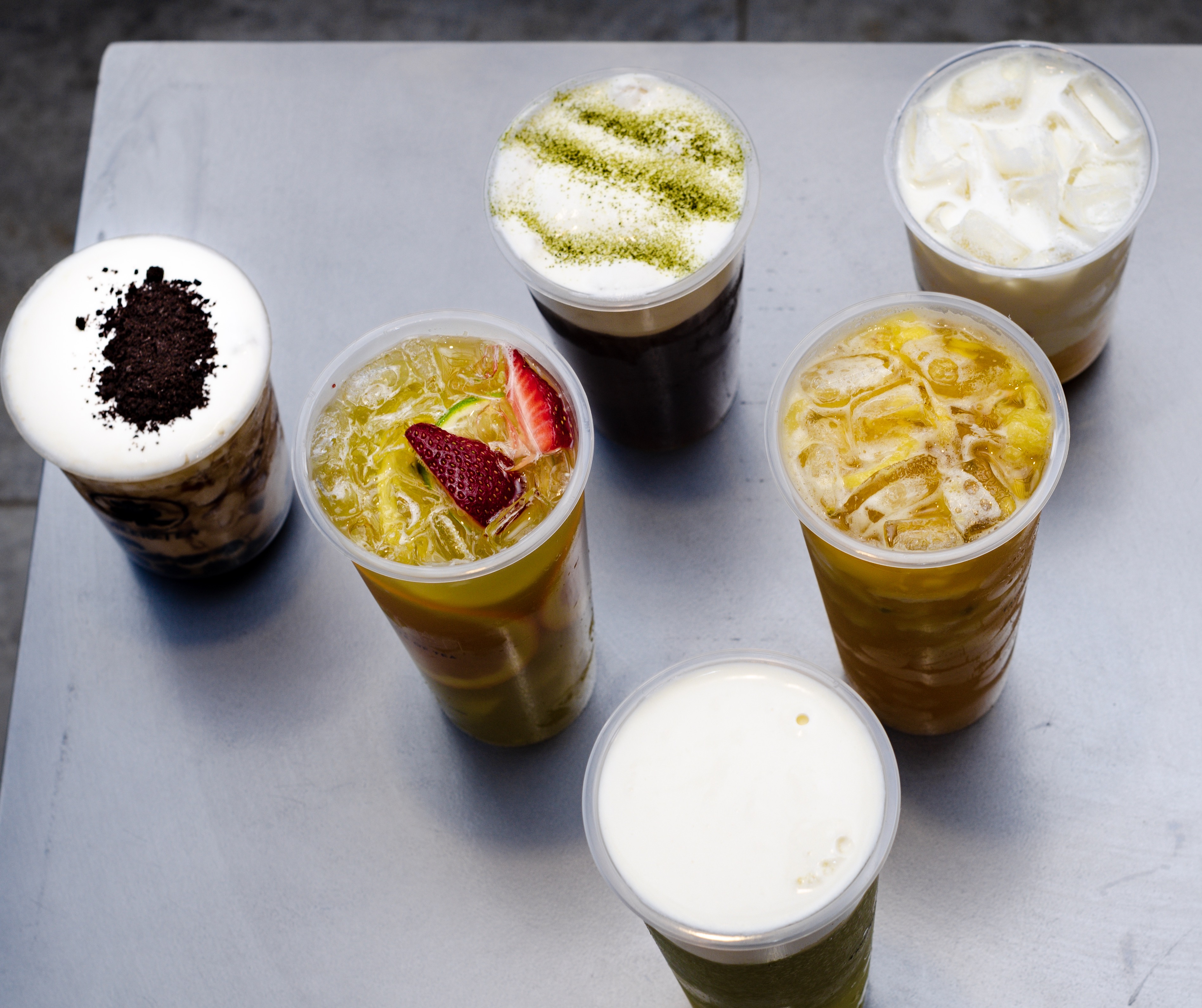 It might be the Asian in me but I love bubble tea. So imagine my surprise when I found an alternative to my beloved tapioca-filled drink.

And dare I say, the drinks at Heereatea are a better alternative. 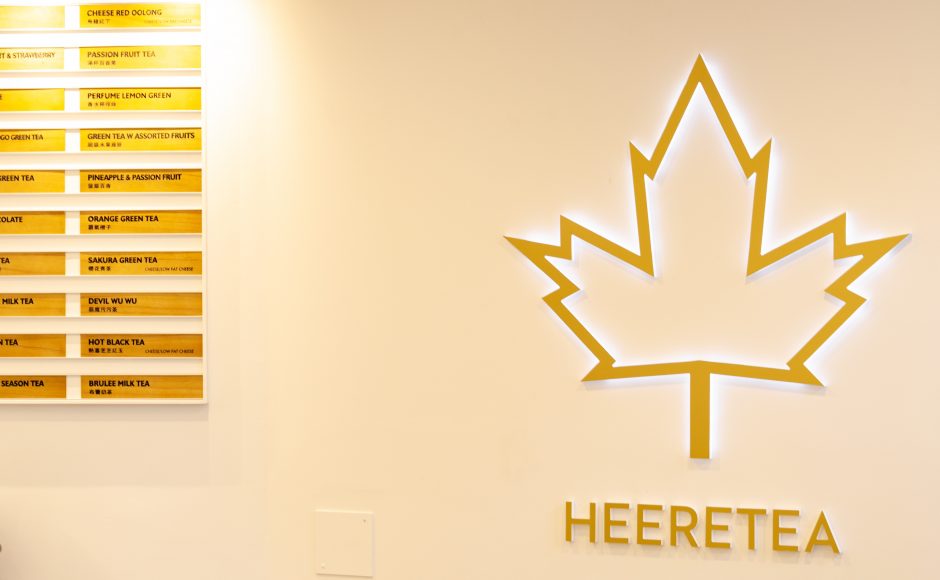 We met with one of the owners who immediately got his staff to make a selection of his favourite drinks. He was also quick to tell us that what they sold was NOT bubble tea.

“A lot of people think what we serve here is bubble tea.” He says with a frown, “I mean, some of the drinks we have have SOME SIMILARITIES but for the most part, they’re unique.”

“You’ll quickly see what I mean.” As the first drink pops over the counter. 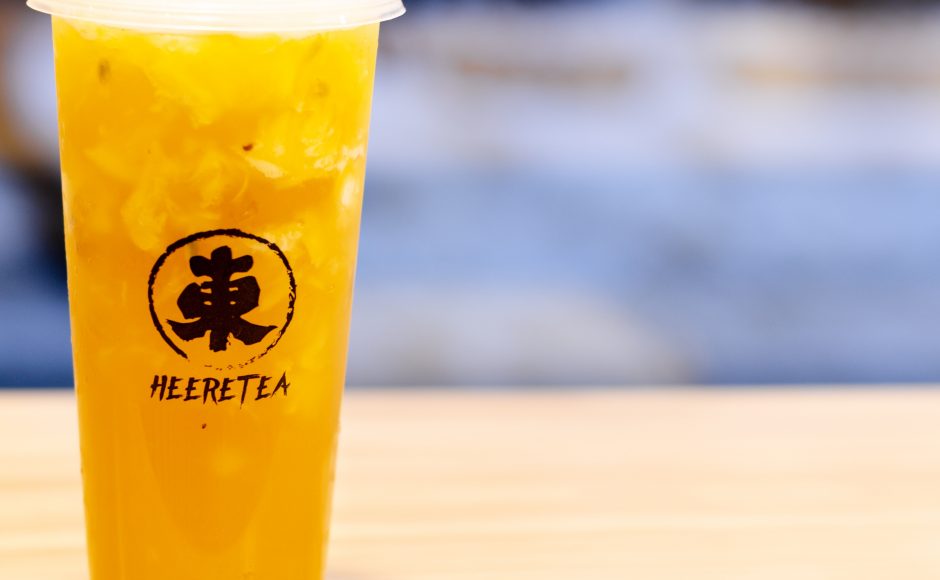 “We insist on using fresh fruit in our drinks so it requires a lot of manual labour.” He tells us, “Everything is made to order, so it takes a bit more time but I think it’s worth it.”

And I would be inclined to agree. I’m sucking up chunks of pineapple in every sip and it’s not overly sweet. Allowing me to actually taste the fruit.

“That’s because we refuse to add sugar. We use fruit juice instead and that also allows for a more natural sweetness.” The owner motions for the next drink. 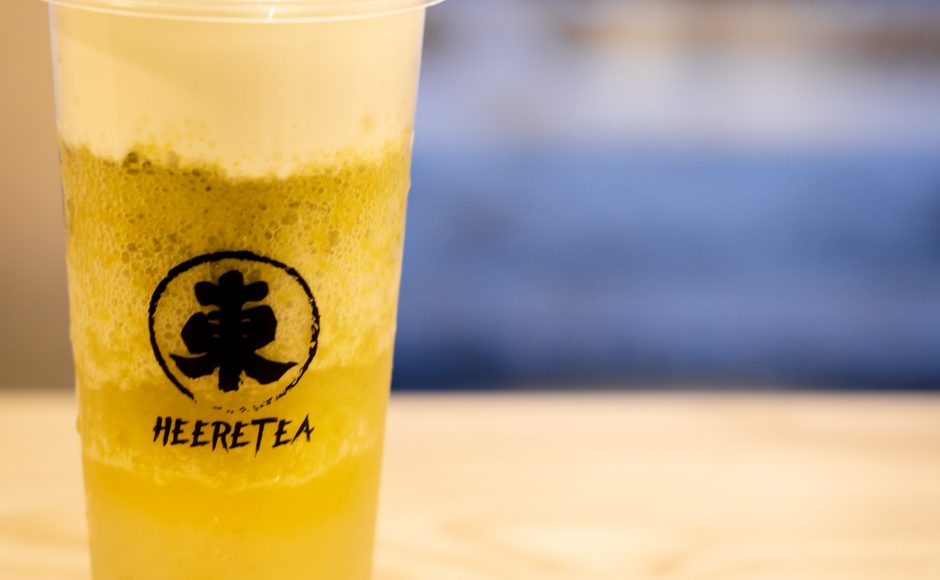 I know the idea of cheese in a drink might sound odd. Let alone cheese “foam”. I’ve actually had cheese foam drinks at other places before and didn’t care for it.

But the Owner insists, “We use real cheese. Canadian cheese. Give the cheese foam a second chance.”

“I won’t tell you what else is in there though.” He laughs, “That’s our secret.”

Oh and I’m lactose intolerant by the way. So my stomach let me know the cheese was real about half an hour later. 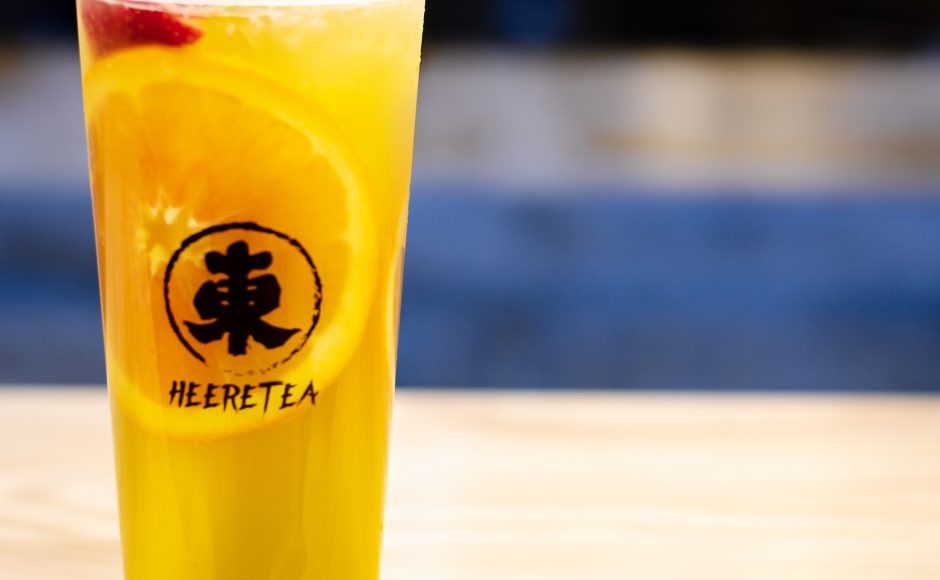 Our next drink was another fruit-filled cup. The Super Fruits Four Season actually gave me trouble because my straw kept bumping into the fruit chunks. Luckily spoons were provided to help clear the way.

It was very refreshing. The sort of drink you’d want on a hot summer’s day. I also don’t really like honeydew. But I made an exception for the honeydew syrup added to this drink.

And then our first tea-based drink arrived. 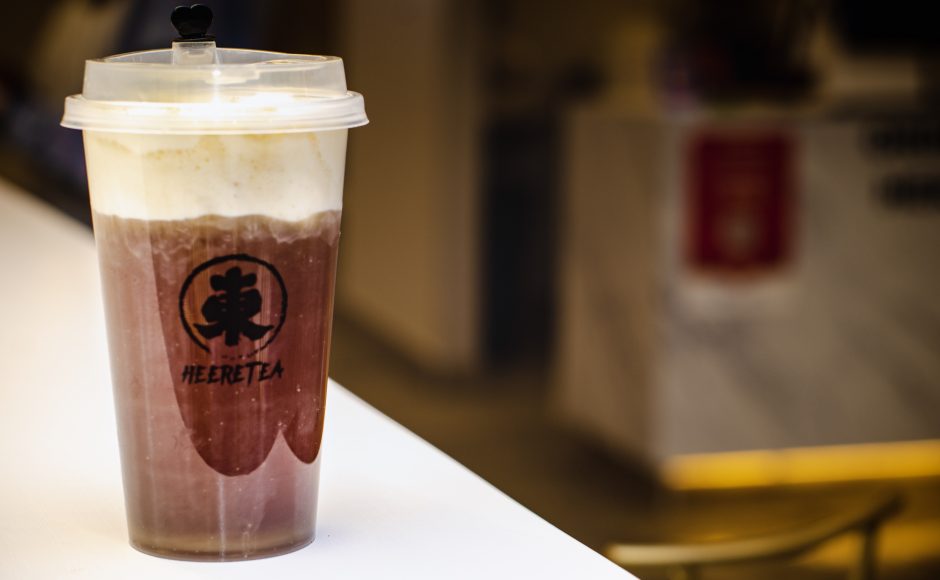 When you first walk into Heeretea you might notice the giant tubes full of tea leaves. Well they aren’t for show as some were used in making our Cheese Red Oolang Tea. 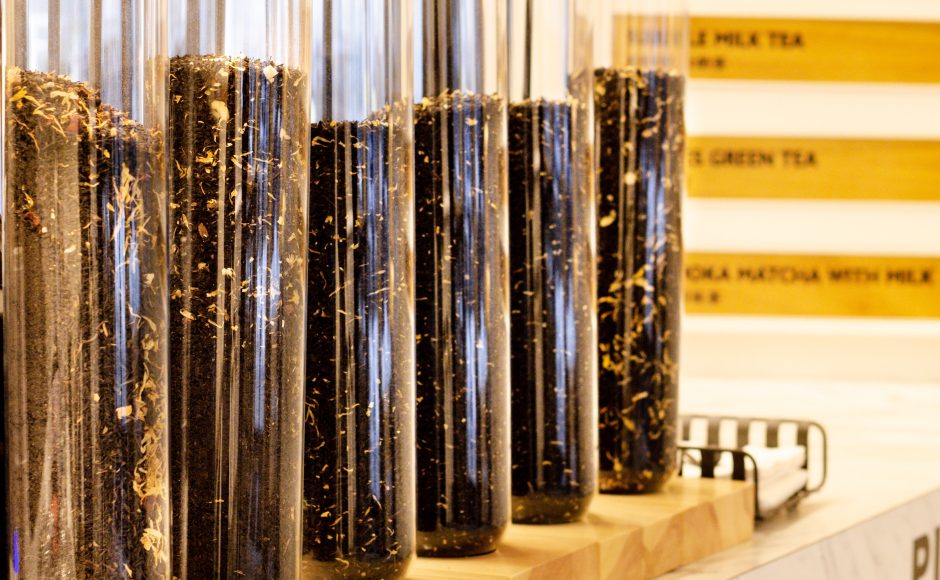 “We import the tea leaves from China. Helps to control the quality.” The Owner goes on to explain how there’s actually a tea farm in China that they get all the leaves from.

“This is also my personal favourite. So I hope you like it.”

And we did. You can taste actual oolang tea. Which makes sense, because actual tea was brewed for this drink. 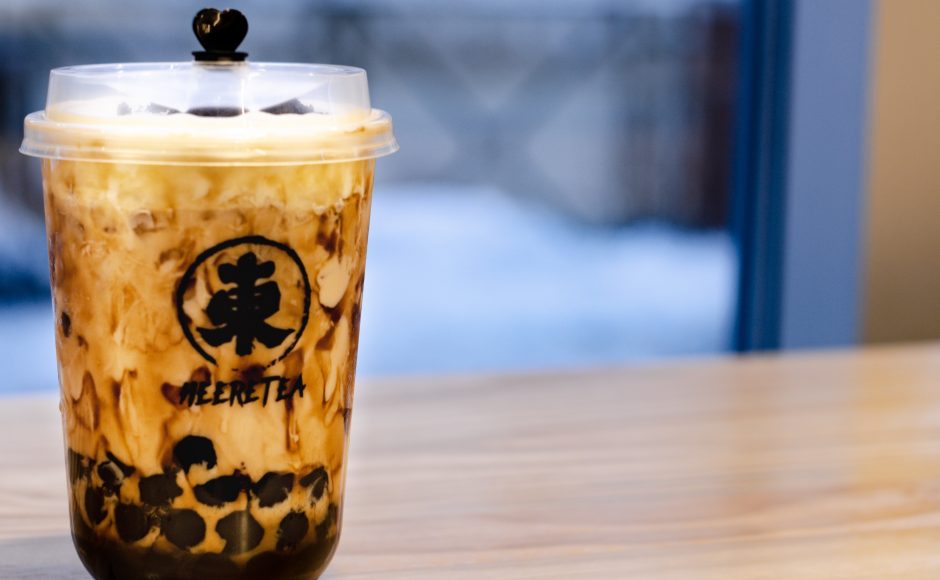 Next was the staff’s favourite. Actually, apparently this was the favourite of all the regulars too.

Referred to as the Devil Wu Wu or Cheese Bubble Oreo Milk Tea I would describe this as the most dessert-like drink that we tried.

“As you might have guessed, fresh milk is used.” The Owner explained, “But the tapioca pearls are also made in-house.”

My stomach definitely noticed the milk. But I could also see why it was so popular. There’s a coffee taste that’s achieved with the use of brown sugar. And the Oreo crumbs atop the cheese foam is a nice touch.

And the drink itself is so thick that you’ll probably need to mix it with your straw to get the proper flavour profile. No need to pop the lid off though. The lid has a designated hole for that. 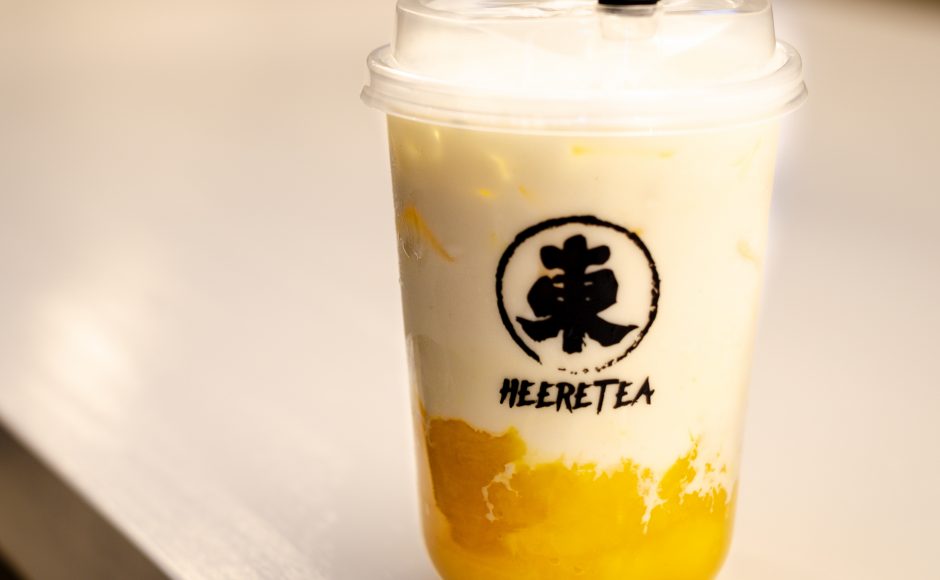 Last, we got to try the 2nd most popular drink: The Mango Mist.

“This one is tricky to make due to quality control.” Laments the Owner, “The mangos we often get in Edmonton are no good. Usually sour, so we can’t use those.”

“Maybe one day we can get a mango farm to accompany the tea farm. That would be nice.” He laughs again as we try the final drink.

Very creamy. The mangos are smashed to allow for easier drinking with the straw. And if they don’t have the Mango Mist, the Owner assured us that the Strawberry Mist is a very good alternative. 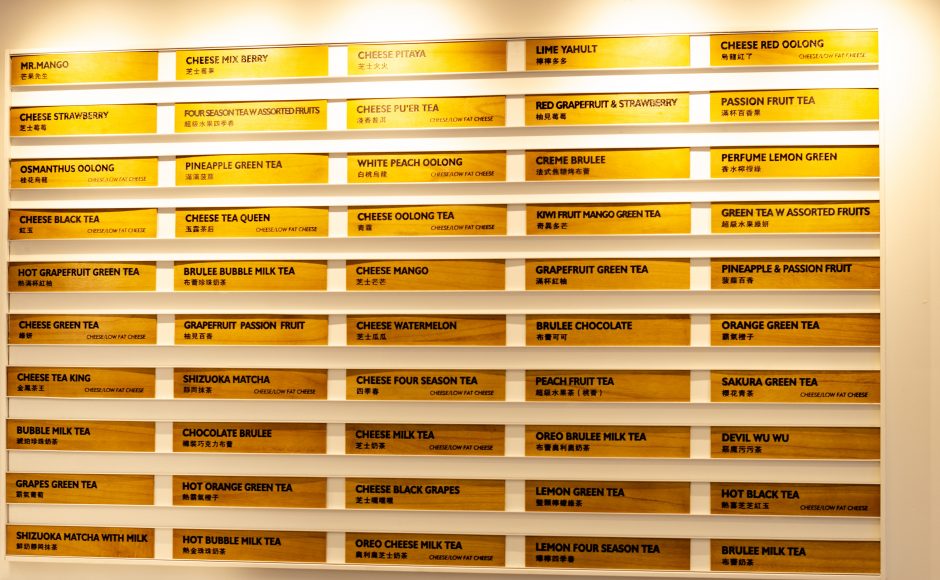 “Technically we’re still in a “soft open” state.” He tells us, “We’re still working out a few kinks and we want to introduce a full menu that has food in the future.”

And yet with 50 different options for a “soft open” there should be something for everyone.

A thing to note is that the drinks at Heeretea are usually more expense than your average Asian drink store. Starting at $6.50 some people might think it’s too expensive for just a drink.

But that’s the price you pay for quality, freshness, and something unique. And that in my eyes makes it completely worth it.