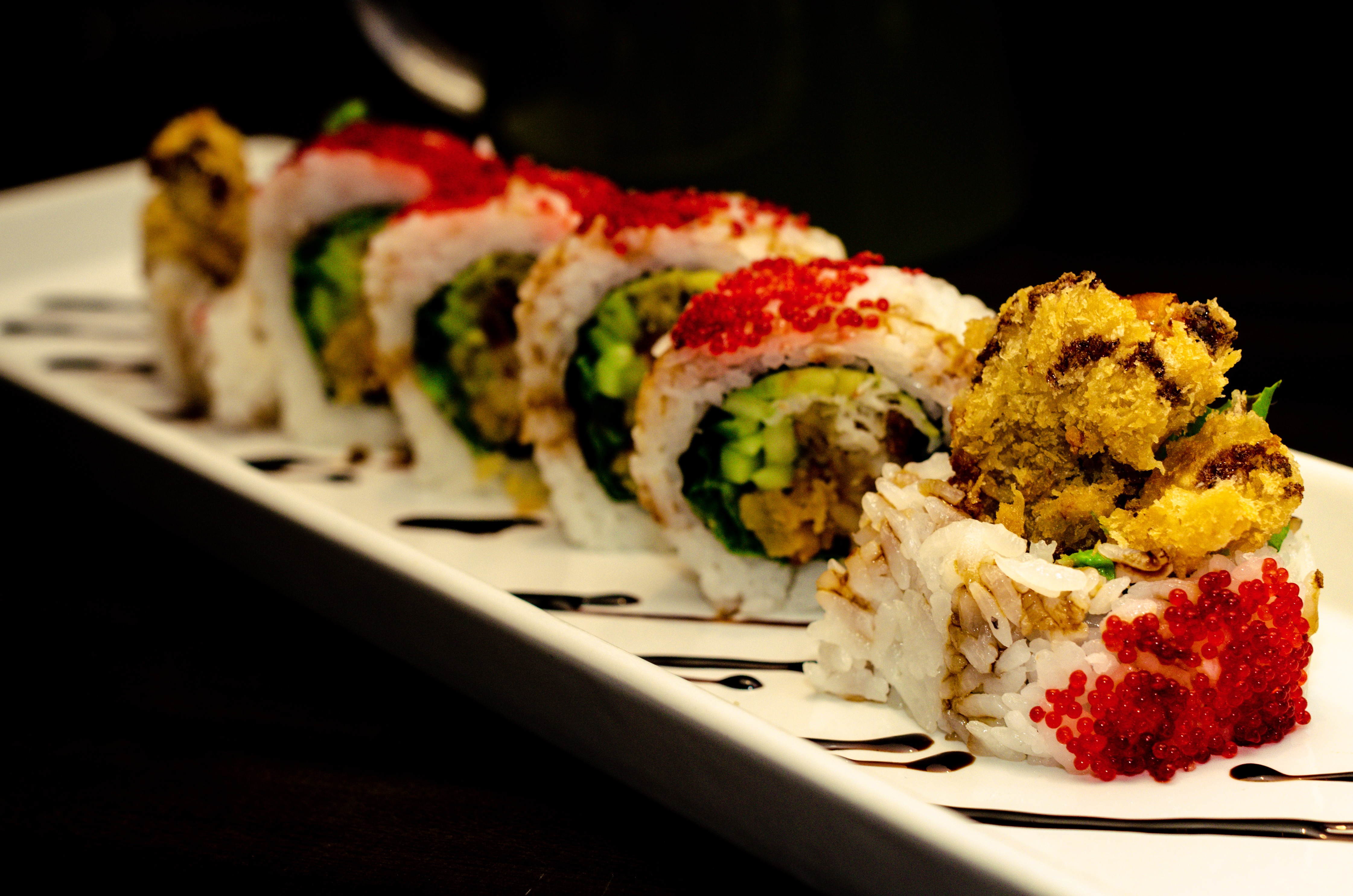 It’s a bit of a cliché really. But we stumbled upon Kanpai Sushi wandering around downtown Calgary looking for some dinner.

And as always when you stumble into a random restaurant, it’s usually better than what you expect and Kanpai was no exception.

Family owned and operated, we were greeted at the door by Tseng Senior while Tseng Junior hurried about in the background.

The menu is a combination of both traditional and modern Japanese which was perfect for us. I prefer traditional fare whereas my partner enjoys more creative sushi rolls.

But we both love takoyaki. And we can never turn down an opportunity to get some. 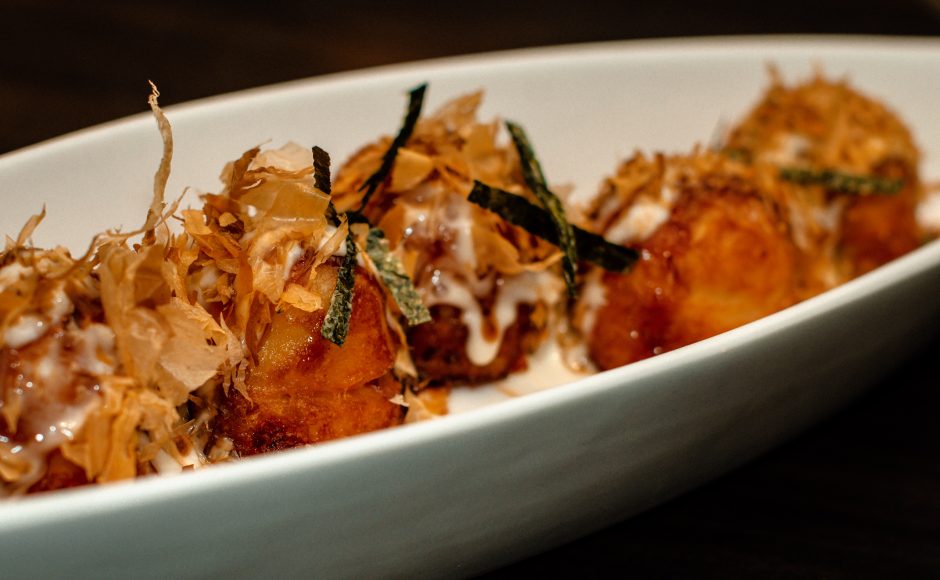 For those unfamiliar, takoyaki is a essentially a savoury ball of dough with a chunk of octopus in it. Having recently come back from a Japan trip it can be hard to find satisfactory takoyaki. Many restaurants create doughy messes or skimp out on the octopus.

Not so with Kanpai. My partner is very particular with their takoyaki so if they’re satisfied, who am I to complain?

I also had the foresight to order a little something between the takoyaki and the next dish. 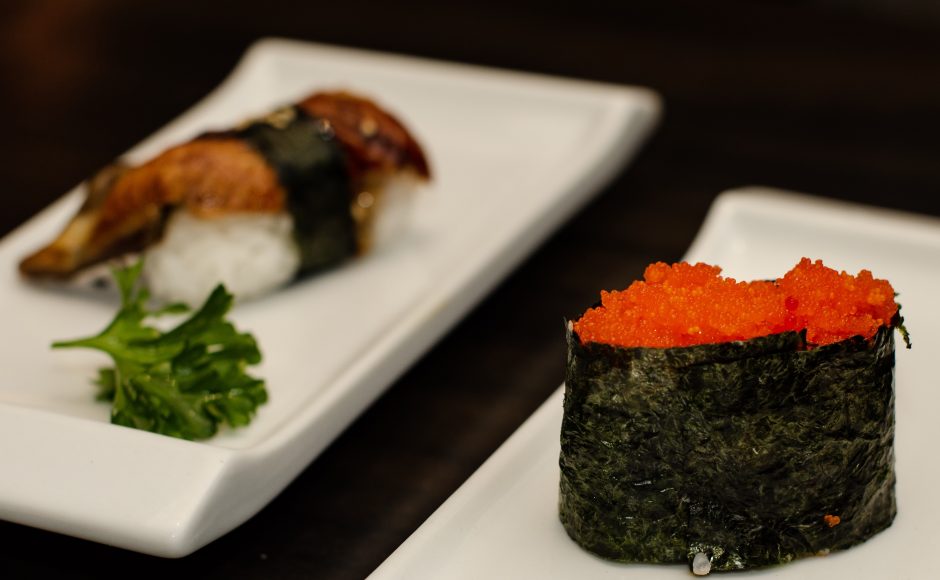 I love unagi and masago which are eel and capelin roe respectively. So no surprises here that I was happy with what I got. 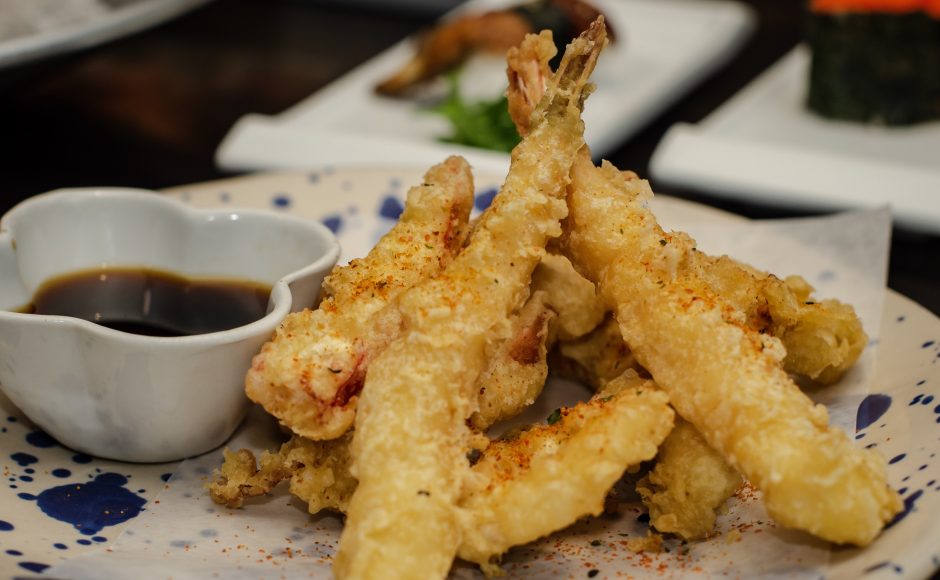 You might notice seasoning on the tempura. We weren’t sure what it was, but it was nice.

I must confess, I don’t actually know what our next dish was. 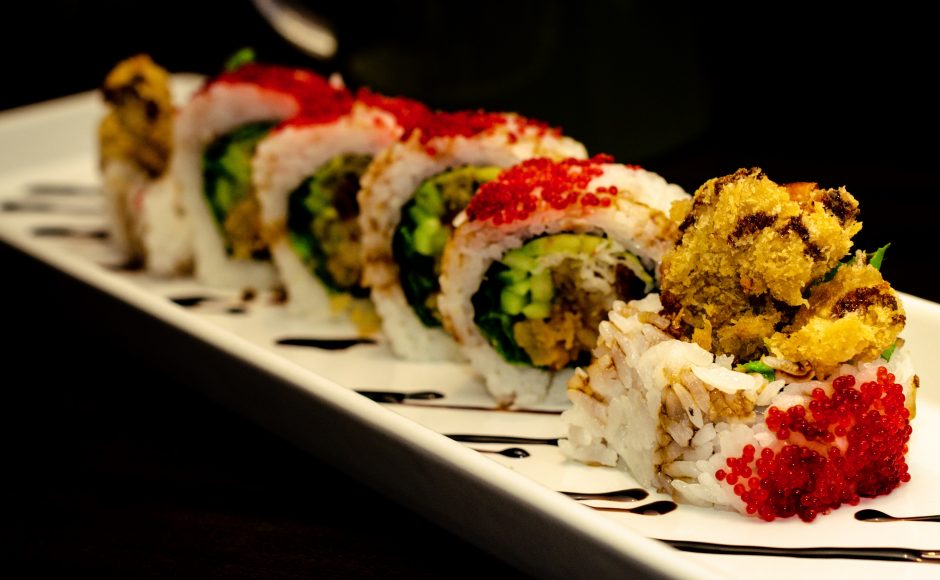 We just asked our server to pick one of the more popular rolls on the menu and surprise us.

The instant it arrived we dug in and immediately forgot what it was. And it was good so if anyone recognizes this sushi roll let us know in a comment!

I’m more of a traditionalist though, so I was more excited for my sashimi. 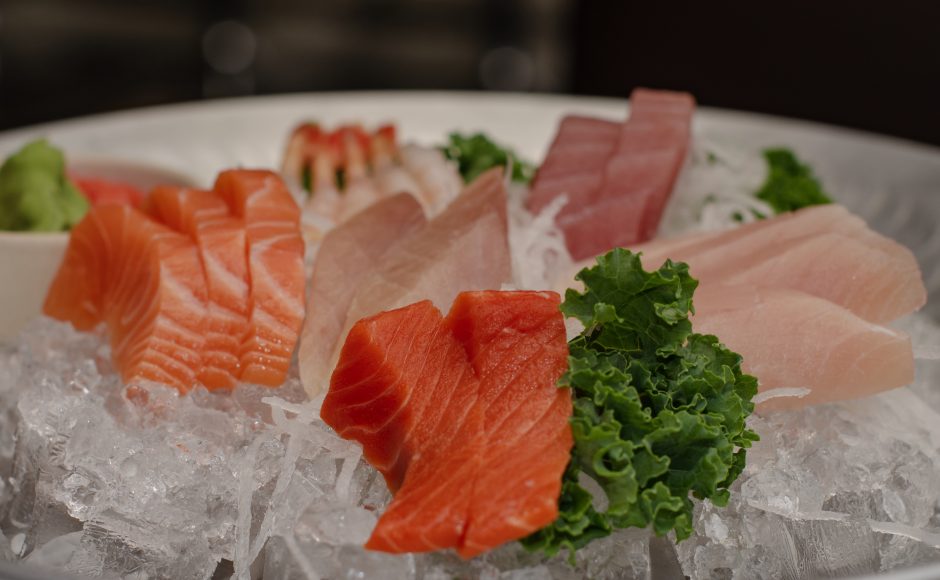 I wasn’t in the mood for anything too extravagant so I just went for something familiar. The sashimi platter had the standard salmon, tuna, and in the very back you can spot some sweet shrimp.

And it was good.  I liked the giant saucer of ice that it was served in. Kept my sashimi ice cold but I didn’t find any chunks of ice in the fish itself.

Good to know Kanpai isn’t freezing its fish into ice cubes and then thawing before serving because I’m tired of eating mushy salmon in restaurants.

Last but not least, dessert. 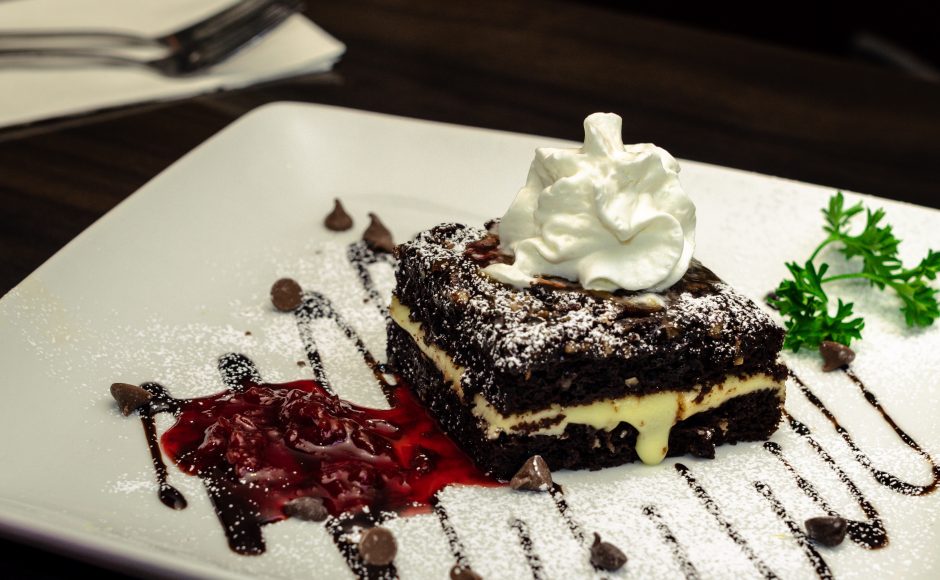 Yes I know chocolate cake isn’t a traditional Japanese dessert but when the son of the restaurant owner (who is also the manager) recommends a dessert for you, it’s probably a good idea to take that suggestion.

“We try to bring in more types of sushi during special events, like Valentine’s Day” He tells us as we finish the last bites of cake, “Last Valentine’s day we had a special with octopus and I’m wanting to get uni again in the future.”

So definitely check out Kanpai Sushi during more festive times to take advantage of different fish. We unfortunately were unable to drink that night, which is a shame because “kanpai” is the Japanese equivalent of cheers.

But at least we’ll have an excuse to come back next time we’re in Calgary.